The Peter and Jackie Henning Fund 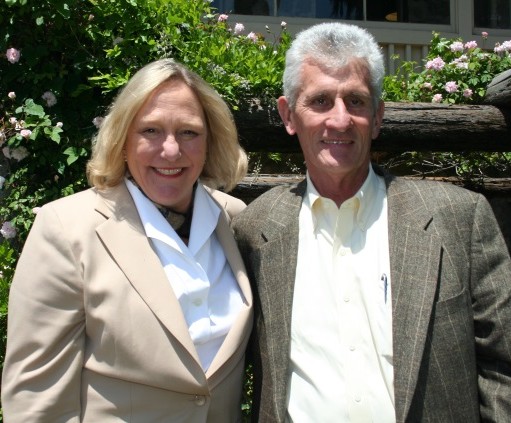 One of the ways the CFMC seeks to inspire philanthropy is through sharing stories. The Hennings are a couple new to the area who are using their donor advised fund to engage in the community and make a difference.

Peter Henning, born and raised in Aurora, Illinois met Jackie Eagen, a southern California native, while he attended Amherst and she attended Smith College in Massachusetts. They married and moved to Michigan, where he earned a PhD in Economics, and she earned Masters degrees in Education and Social Work at the University of Michigan.

In 2000 their daughter came to work in California and they began to spend time in Carmel Valley. Peter was the third generation owner of the Plano Molding Company. He sold the business in 2007, and stayed on as Chairman through 2010. His retirement prompted their full time move to Monterey County in 2011. They immediately began giving back to the community, volunteering for local nonprofi ts and opening a donor advised fund at the CFMC.

Community Foundations are strong and long-lived. They have an intimate knowledge of the effectiveness of local nonprofits that is really valuable.

They both share a love of music. Peter serves on the board of the Monterey County Symphony and Jackie is a board member for both Youth Orchestra Salinas (YOSAL) and Camerata Singers and is a docent for the Point Lobos Foundation. Peter has played the trombone with YOSAL kids and is a member of the Camerata singers. And, they are volunteers for Meals on Wheels, delivering food to seniors in Carmel Valley.

They were familiar with community foundations due to Peter’s involvement as a board member at the Community Foundation of the Fox River Valley (Illinois). They have used their fund to grant to more than a dozen local groups including the Symphony, YOSAL and the Boys and Girls Club. “It’s fun to get involved and give now instead of waiting until you’re gone,” observes Jackie. “With the Community Foundation you also have a sense that your legacy will be honored according to your wishes,” she added.

“I like your motto, ‘Here for Good.’ Community Foundations are strong and long-lived. They have an intimate knowledge of the effectiveness of local nonprofits that is really valuable,” said Peter.