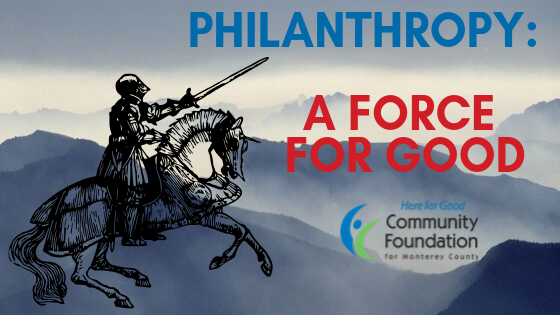 President’s Blog: Philanthropy as a Force for Good

Fasten your seatbelts.  If the past several years produced anxiety about the ability of our governmental systems and civil society writ large to hold fast in the face of unprecedented discourse and underhanded tactics, the next year or so could be overwhelming.  A lot of what creates sleepless nights is a feeling of helplessness.  What can any of us do to not just weather this storm but change the forecast?

On a recent trip I inexplicably got it in my head to reread Beowulf, the epic poem about a heroic warrior who saves two kingdoms from ghastly beasts who wreak havoc, and through their mayhem, strike fear into the hearts of citizens. Beowulf was written by an anonymous poet sometime between the 7th and 10th centuries AD.

I’d heard of a celebrated translation by the Nobel Prize-winning poet, Seamus Heaney.  I wandered into a bookstore in a faraway place, and sure enough they had it.

This line, uttered by Beowulf, especially stood out: “For every one of us, living in this world means waiting for our end. Let whoever can win glory before death. When a warrior is gone, that will be his best and only bulwark.”

Using Our Powers for Good

While the quote references “warrior” and “glory,” and certainly emanates from a story filled with violence, Beowulf, at its core, is a story about an individual with remarkable powers who chooses to use them for good.  Yes, it involves killing Grendel, the man-eating ogre prowling the moors in search of helpless victims, and then (spoiler alert!) Grendel’s mother, who isn’t exactly pleased that her offspring, however odious, met his end at Beowulf’s hands.

Beowulf is a timeless – and now contemporary – metaphor for standing up to forces that seek to undermine, if not destroy, the common-sense values that bind us together.

It emphasizes that no matter one’s belief system, our responsibility is to stand up to dark forces now…in our lifetime…and that so doing will be our lasting legacy.”

In many respects, philanthropy does this every day.  People give as an expression of their desire to take on Grendels, to battle forces that create homelessness, food insecurity, mental health issues, cancer, disparity in access to opportunities in many forms.  At the CFMC, we have the privilege of working with people who care deeply and give of themselves and their resources to make Monterey County a better place for all. 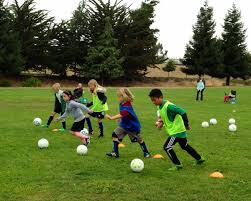 I recently met with three people who have worked for ten years to create a remarkable soccer complex in East Salinas. It is a big, costly project with more moving parts than a Rolex. In September they celebrated the grand opening of Phase I.

They have already secured funding and started working on Phase II. These people love soccer, but even more so they love creating a facility that brings communities together, creates safe places for families and youth to engage in healthy activities, and, in this case, doing so in a part of Salinas that has been historically underserved.

They overcame obstacle after obstacle (Grendels!) and prevailed. They used their collective strengths to create something special, and produce a positive legacy for generations to come.

A different group of folks are in the beginning stages of developing a homeless shelter in Seaside.  It is a partnership between the County of Monterey, Community Human Services and Gathering for Women.

They have already faced obstacles and will surely encounter more. However, they are extremely well organized and plan to begin providing services by mid-2020. They’re fully empowered by their belief in mission and the critical need to support homeless women and children on the Peninsula. 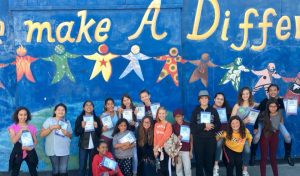 As we watch unsettling scenes play out on a national stage, we may fear our Grendel is a now irreversible condition, a culture, that is not allowing us to return to some modicum of normalcy.

The beauty of these two stories, and the countless more I could detail, is that despite anxiety, the daily grind and a sense of frustration watching core institutions in upheaval, we can continue to control our local destiny. We identify and vanquish our Grendels, channel our inner Beowulf, and create lasting legacies.

Philanthropy is Here for Good.

Dan Baldwin is President/CEO of the Community Foundation for Monterey County, which holds more than 500 charitable funds and has total assets of more than $265 million. In 2018 the CFMC granted $18.7 million to hundreds of nonprofits in Monterey County and beyond.