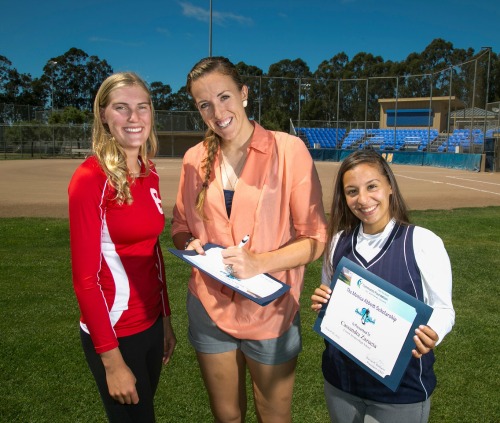 Monica Abbott is inspiring on many levels. She is an Olympian. A professional athlete. A local (Salinas) girl made good. Most impressive is her commitment to give back to female student athletes in Monterey County through academic scholarships.

I was looking for a way to give back to my hometown in a permanent, personal way. – Monica Abbott

Monica established the Monica Abbott Scholarship Fund in 2012.  Riley Ashen of North Salinas High School and Cassandra Zazueta of Everett Alvarez High School were the first recipients.  Her vision is to grow the fund and ultimately provide full scholarships.

It’s important to me not just that they (recipients) play a sport or have a good GPA, but that they show dedication and drive to their sport and community. I wanted to give someone a step up, a little help. – Monica Abbott 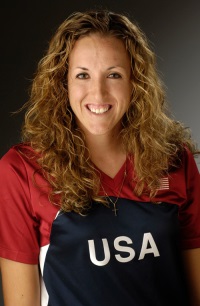 Monica, a North Salinas High School graduate, played softball at the University of Tennessee, was a medalist at the 2008 Beijing Olympics where she threw the first perfect Olympic game and member of the two-time world champion USA National Team. She played professionally in the Japan Softball League with the Toyota Motor Corporation and for the champion Chicago Bandits in the National Pro Fastpitch league where she was three-time Pitcher of the Year.

In 2012 at the age 28 she was the youngest person to ever create a fund at the CFMC.  In May 2016, the Houston-based Scrap Yard Dawgs, one of the newest teams in the National Pro Fastpitch league, signed Monica to a six-year, $1 million deal — believed to be the highest salary paid by a professional women’s sports team in the United States. She is an inspiration by any measure. (Read Monica’s full biography).