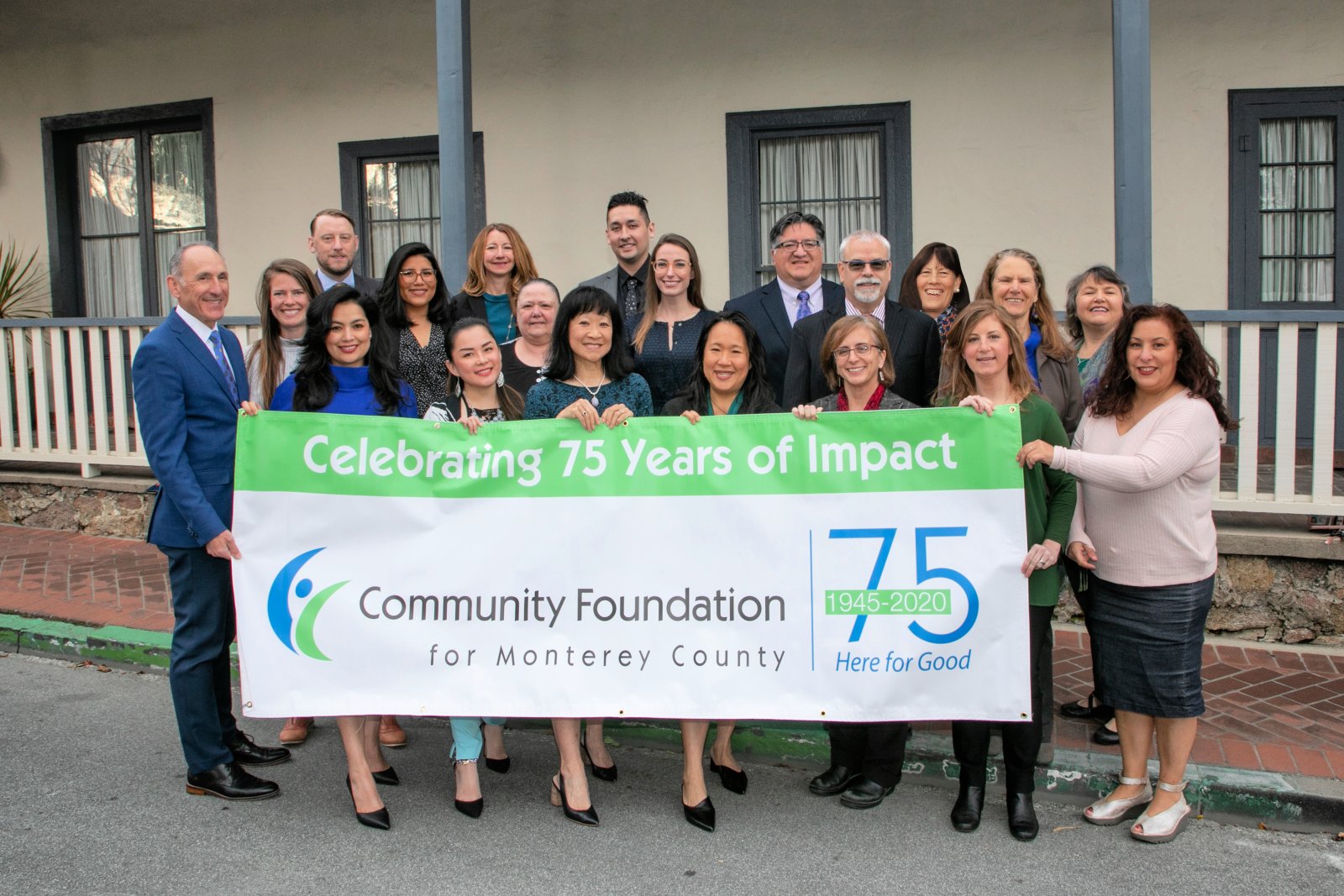 
Dan Baldwin reflects on 75 years of giving back. (See more videos below)

A major anniversary is a milestone. It inspires reflection on the past and an opportunity to look towards the future. The “Monterey Foundation,” originally incorporated March 26, 1945, has evolved over the last 75 years to become the organization it is today – the Community Foundation for Monterey County (CFMC). We invited several current and past board members, grantees and community members to reflect on the impact of the foundation. (See videos below).

The 32 visionary men and women who met in the Old Custom House on a Monday afternoon to provide “a responsible agency through which public spirited benefactors may contribute to funds” created a powerful legacy. They included Pebble Beach Co. founder S.F.B. Morse, philanthropist Margaret Jacks, Presidio Commandant Col. Roger S. Fitch, Monterey mayor Carmel Martin, Sr., painter Armin Hansen, designer Francis Elkins and poet Robinson Jeffers. (See full list below). Those who have served as CFMC board members over the years owe a debt of gratitude to these early founders and continue their legacy of meeting community needs. 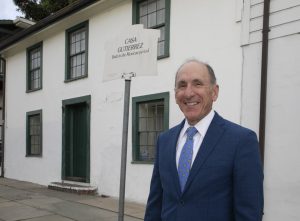 The foundation was established to preserve historic adobes under threat of post-war development. The organization first purchased Casa Gutierrez for preservation and restoration. Fremont Adobe and Casa Abrego followed. In the 1960s the scope broadened to include “general charitable educational, philanthropic, cultural and benevolent purposes.”

In the 1970s the group expanded its work to include the preservation of select parcels of open space, including California’s First Theater garden, the top of Jacks Peak, S.F.B. Morse Cypress Grove and Pescadero Point in Pebble Beach to save these properties for future generations. Eventually the adobes and properties were donated to preservation groups.

In the 1980s the board began the process of building permanent endowments to benefit the full range of community needs and hired full-time staff, President/CEO Todd Lueders. With an endowment of $1 million, the organization changed its name to the “Community Foundation for Monterey County” in 1984, opened a Salinas office and broadened grantmaking countywide. The CFMC is one of 800 community foundations nationwide. Thanks to the generous people of Monterey County, it is in the top 80 in the country in asset size, with more than $300 in charitable assets.

The Spirit of Local Philanthropy 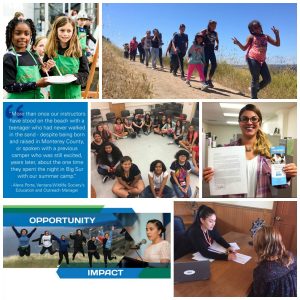 The CFMC reflects the spirit of local philanthropy. A record $19.2 million was granted in 2019, and more than $205 million has been granted cumulatively through 2019. Annual total grants have set records in the last several years thanks to our donor advised fund holders, the rise of scholarships, and the Monterey County Gives! year-end giving campaign. Gives! is a partnership of the CFMC, the Monterey County Weekly and the Monterey Peninsula Foundation, and has accounted for more than $5 million in grants each of in the last three years.

The CFMC also engages in community leadership work, bringing organizations together around issues such as the 2020 Census, affordable housing and homelessness. The CFMC will continue its vision of healthy, safe, vibrant communities through The Fund for Monterey County, an endowed fund to meet important community needs as they change over time.

The future is bright. Through careful stewardship of the philanthropic resources entrusted to us, thoughtful planned gifts by our Legacy Society members, strong grants and community leadership we will be Here for Good.

Our founders would be proud.

These are the names listed as original members on the Monterey Foundation Articles of Incorporation March 26, 1945.

We originally planned an in-person celebration for 2002. As we were unable to meet in person due to COVID-19, we asked current and past board members, community members and grantees to reflect on the foundation’s impact through the years. Check back as we add more videos.

Dan Baldwin reflects on 75 years of giving back. Here Dan shares his perspective on the foundation’s history and impact, and looks towards the future. “I see that the Community Foundation would be evermore a trusted partner, increasing its ability to raise quality of life in all parts of our county, utilizing this remarkable tool called philanthropy.”

Micheal Reid talks about how the CFMC pivots to meet the needs of the community, serves as a nonprofit convener and facilitates leadership. “We inspire philanthropy. Philanthropy that looks different. Different faces. Different amounts of money. We provide the tools to make a difference in our community, regardless of your wealth.”

Teri Belli shares her thoughts on the CFMC’s outreach, leadership, stewardship of donor intent and support of nonprofits. “The Community Foundation occupies a really special place in Monterey County, because its mission is broad enough to allow it to adapt quickly to changing community needs… I’m grateful for the profound and really irreplaceable impact that they have made.”

Gathering for Women Executive Director thanks CFMC donors for their support. “The Community Foundation and the Fund for Homeless Women were instrumental in making us be who we are today. We’re especially grateful for the donors who have given towards COVID-19. It’s enabled to keep us open as an essential service… The Community Foundation for Monterey County has been instrumental in helping us help the most vulnerable women in our community.”

“I wanted to pay forward the opportunity that had been given to me by my parents.” – Judy Guzman Krueger, CFMC Board member. “What they instilled in (us) was culture, family, values and philanthropy.” She is a Siembra Latinos Fund donor because she appreciates that it is Latinos helping Latinos. “The Community Foundation is a force for positive change.”

“Clearly, you have had your hand on the pulse of the community, especially where your donors support can do the most good.” From preserving history and the environment, supporting women and girls to protecting our most vulnerable and tackling the most pressing of issues, the CFMC is on the frontlines of inspiring philanthropy.