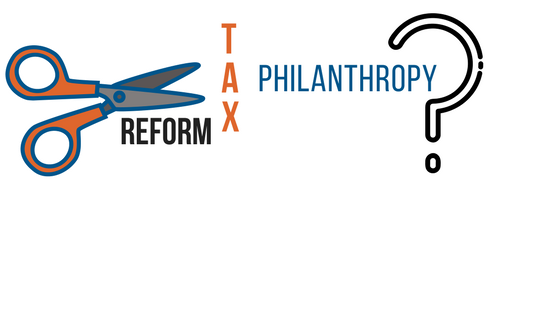 Even as Monterey County Gives! celebrated the phenomenal $4.87 million raised through the generosity of 4,800 donors (breaking all the records Gives! established in 2016) uncertainty for the years ahead presented itself in the form of the recently passed tax bill.

The nonprofit sector has historically been given less regard than other interests in Washington. Politicians are always happy to hear about the work of the sector, and often provide the “compliment” about how amazed they are that nonprofits can do so much with so little. Honestly, it can feel patronizing. 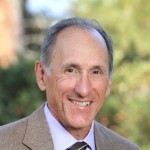 In many human service and mental health arenas, agencies are efficiently doing work that used to be performed by government; the stronger nonprofits are the more they relieve the burden of public sector services. So it is especially difficult to compute the passage of a tax bill that removes the major financial incentive to support nonprofits.” – Dan Baldwin, CFMC President/CEO

Predictions are dire on the impact the bill will have on the charitable sector, and some are afraid of an enormous drop in giving. Estimates range as high as $12 billion to $15 billion per year. The primary concern centers on the cap placed on the amount taxpayers can deduct for state and local taxes, combined with a near doubling of the standard deduction. This means that literally millions of taxpayers who currently itemize will no longer do so; this also means that none of these taxpayers will be able to deduct charitable contributions.

Prior to the new law, households could deduct all the state and local taxes they paid during the tax year in question. Combined with the ability to deduct mortgage interest, typical middle-class taxpayers didn’t utilize the standard deduction, so their charitable contributions were deductible.

The new law caps the amount of state and local taxes that can be deducted at $10,000. It also increases the amount of the standard deduction to the point where itemizing won’t make sense for many, obviating their ability to deduct charitable contributions.

The Big Unknown – How Much?

The Big Unknown is how much. An often-used phrase when someone makes a contribution is that they “can write it off their taxes.” What they’re really saying is that they can deduct the amount of the gift from their income, but folks speak about it as though gifts are tax credits rather than income deductions. And while I don’t recommend this as a marketing campaign, if someone gave $500 in 2017 and gave $400 in 2018, it nets to pretty much the same thing. For these folks, giving will strictly be about charitable intent, not deductions.

In any case, the happy “I-just-lowered-my-taxes” psychological boost provided by the deduction will go away for millions of folks. The impact will be felt most by nonprofits who rely heavily on annual giving. Monterey County Gives! will be an interesting bell weather. The average gift size was $347. Let’s hope that amount isn’t insurmountable for those who won’t be deducting it in 2018.

The challenge for our local nonprofits will be to inspire continued giving in spite of the change in the tax law. – – Dan Baldwin, CFMC President/CEO

Whether the issue is food security, access to healthcare, sustaining the performing arts or preserving our environment annual gifts are the life blood that allow critical work to move forward. Rest assured the CFMC will be doing its best to understand the implications of this new paradigm, and working to communicate strategies and best practices to donors and nonprofits.

But let’s still celebrate Gives! and all local giving in 2017. Thanks to everyone who made it such a huge success.

Dan Baldwin is President/CEO of the Community Foundation for Monterey County, which holds nearly 500 charitable funds and has total assets of  more than $264 million. In 2017 the CFMC granted $16.7 million to hundreds of nonprofits in Monterey County and beyond.