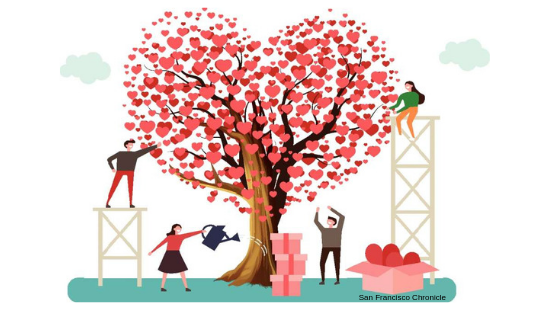 I’ve been the CEO of a community foundation since 2002. Prior to that I was a museum director. So one could say I’ve been engaged in organized philanthropy since 1992.

While there have always been people wanting to game the system (pick any system), one of the joys of philanthropy is that its motivations are overwhelmingly about people wanting to help people. This purity of intention has allowed the field to operate in an atmosphere of good will, largely free of scandal and regulatory burdens.

While not an acolyte of Chicken Little, I admit to concern when news articles depict abuse, or voices are given outsized platforms to rail against aspects of philanthropy in ways that reveal that the critic has never sat across a conference table from an individual or couple whose only intent is to channel their good fortune through philanthropy as a way to raise up the less fortunate, bring the arts to the underserved or protect our environment.

These conversations are imbued with optimism, such that we who work in the field see the best in people and want to preserve a system that allows these acts of generosity to flourish.” – Dan Baldwin

I enjoy writing blogs about philanthropy, but admit I was toiling over my recent one, beating hammer on anvil, hoping something smooth and shiny would magically appear. And appear it did, but not from my fingertips. My friend and colleague, Tom Peters, President/CEO of the Marin Community Foundation shared an editorial he wrote for a recent Sunday edition of The San Francisco Chronicle. Sometimes you just have to acknowledge that someone got it so right the best thing you can do is simply share. So share I will.

Insight: A steady stream of scams has sullied charity’s name

Reprinted from the San Francisco Chronicle 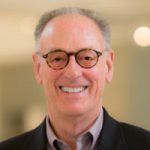 Let’s face it, philanthropy’s been in the doghouse.

A seemingly steady stream of one-off stories about phony charitable gifts has led to a generalized besmirching of the concept and practice of philanthropy.

There are the stories of wealthy parents scheming with charlatans to ensure that their children’s illicit college admission payoffs are categorized as charitable contributions to help needy students.

Or the high-tech entrepreneur making a splashy announcement of a mega-contribution to a just-established foundation only later to become oddly unresponsive to questions about supposed nonprofit recipients.

So yes, these are cloudy days for philanthropy’s reputation. It’s quite understandable that advocates, legislators and others would express pointed skepticism.”

The bitter irony of this situation is that in these times of economic disparity, budgetary cutbacks and social turmoil, compassionate community philanthropy is needed now more than ever.

In fact, the stories of socially responsive and strategic philanthropy are far more prevalent than the outliers.

But in the 24-hour nonstop flood of news, the accounts of beneficial work and positive outcomes simply can’t compete for media airtime more drawn to depicting scandals and outrages.

Lost in the swirl are the real stories of community philanthropy: hundreds of millions of dollars to preschool for toddlers, services for the elderly, clinics for the ill, art for the soul, protections for the planet, research for cures and much, much more.”

In statistics cited by GivingUSA in 2018, individual and institutional giving in America totaled more than $400 billion. A staggering total to be sure, and a statistic that places our country in the uppermost tier of the most generous nations in the world.

But it’s not the dollar total that is paramount.

Rather, it’s the stories of beneficial impact, assistance, encouragement and inspiration that on a daily basis depict stronger and more viable communities across the Bay Area, California and the country.

Those of us in the field of community philanthropy have clearly not done enough to get these stories told. We can and must make a more effective communication effort, and there’s a strong commitment among us to do so.

But it’s also fair to say that the task of spreading positive accounts is daunting, given the competition of an endless supply of bizarre tweets, infuriating policies and inverted public priorities.

But tell these stories we must. Of the multiyear donor-advised grant directed to research on childhood blindness. Of funding for the early development of carbon-farming techniques. Of the programs in middle schools that foster social-emotional maturation. Of the grants to nonprofit affordable housing developers.

There are also the stories to be told of charitable funding for deepening research on the root causes of the dangerous levels of disparity in our society, and on public policy proposals that will help to ameliorate and reverse these trends.

There are the stories of charitable grant support for curriculum coordination among preschool and early education teachers that helps youngsters get a fair and equitable start to their educational life. And tales of early music education programs that nurture the wonderfully artistic and soulful lives of their young participants.

Across the Bay Area and throughout the state, we are fortunate enough to have many thousands of individuals and families who continue with quiet generosity to underwrite all these stories, and many, many more.

If you’d like to join in, there are community foundations in all regions of the state, any one of which would welcome your call. Not only could you help tell the story, you could help write it.

There’s more to be done and joy to be felt.

Thomas Peters is the president and CEO of the Marin Community Foundation, serving the Bay Area and beyond.

To comment, submit your letter to the editor at SFChronicle.com/letters.