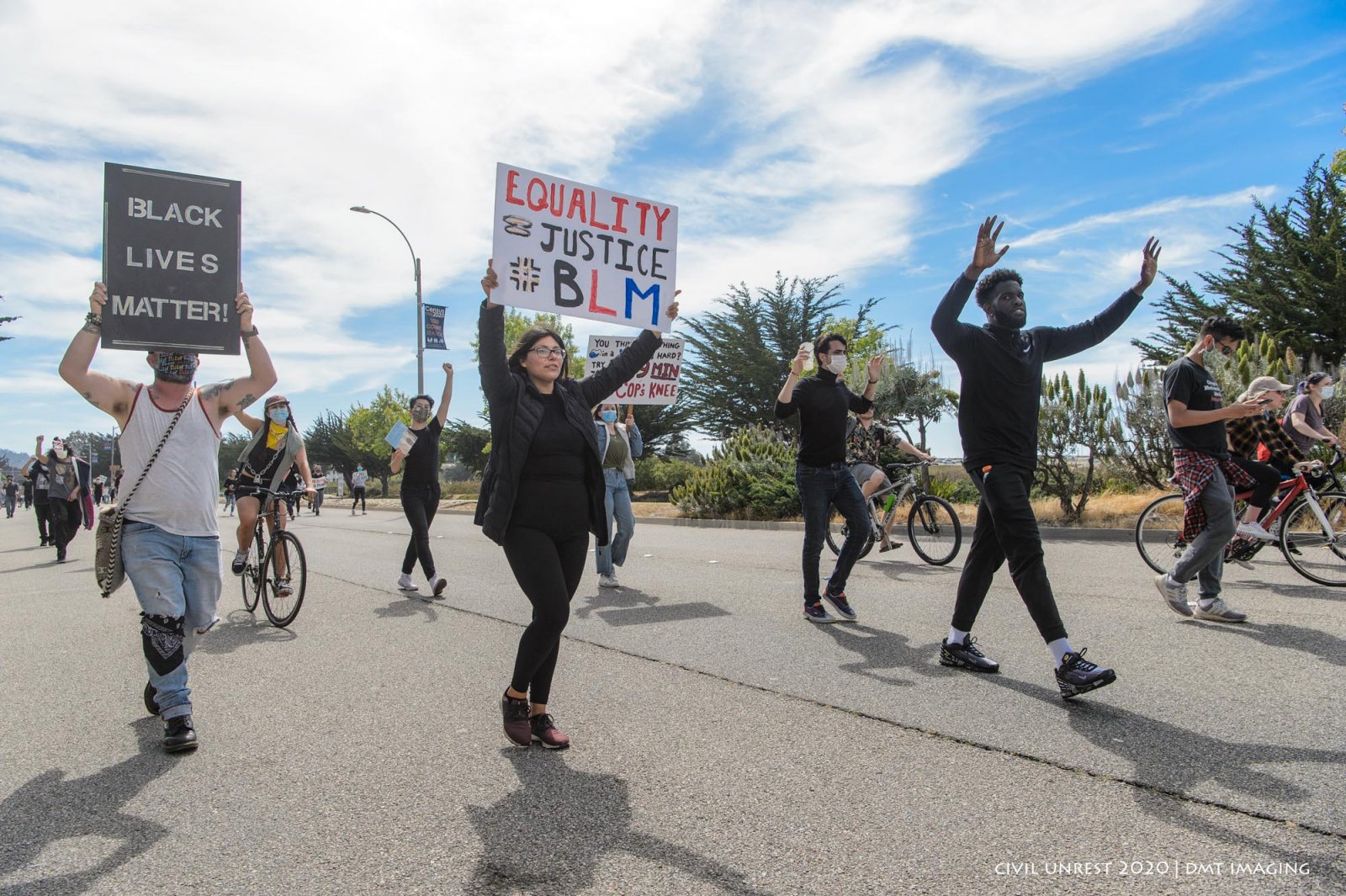 President’s Blog: After the Outrage

In late March this blog focused on the emerging crisis of COVID 19. It was clear we were about to experience a profound public health and economic crisis for Monterey County. Thankfully, the public health concerns haven’t yet reached the proportions that models predicted. The economic fallout of shelter in place has been devastating, and it’s unclear how long it will continue.

What I didn’t consider was how COVID 19 would so starkly reveal deep inequities in our communities. We often use code words like “vulnerable populations,” which aren’t inaccurate, but don’t articulate who specifically is at risk.

When local media reports the number of coronavirus cases by locale – this number on the Peninsula; 10 times that number in Salinas Valley – it doesn’t show the faces of farmworkers laboring side by side. Going home to houses or apartments where two or three families live together. Of the inability to buy two weeks of groceries so they can limit exposure to others. It doesn’t speak to language barriers. To fears of even going to the hospital and possibly being deported.” – Dan Baldwin, President/CEO Community Foundation for Monterey County (CFMC).

Local groups like Communities Organized for relational Power and Action (COPA), the Center for Community Advocacy (CCA), and United Farmworkers Foundation have been working on social justice and inequity issues for years, and it seems especially cruel that it took a pandemic for their rhetoric to be so visibly justified.

Beyond the who is the why. Why do these inequities persist? We spend a lot of time focusing on the who, relieving food insecurity, providing rental assistance, improving access to healthcare and governmental services.

The why is more difficult. Not just because it requires systems change, but for the system changes to occur, we must look deep inside ourselves, realize we’re enabling the system, and then muster the courage to participate in the change, even if it means relinquishing some of our favored status. 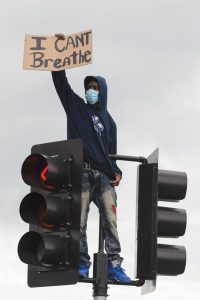 In 2013 the African American actor Lavar Burton told CNN how he places his hands outside the driver’s side window, flat against the door, when he’s stopped by police, and that he taught this to his son. Miles Davis, perhaps the greatest musician of the 20th century, often spoke about being stopped once a week while driving his Ferrari, asked how a black man could own such an expensive car.

These two examples are from people whose celebrity provided a platform. What about the millions who have suffered abuses but don’t have the same voice? What about those in our communities who have lived with bias for so long it has become accepted as a way of life?

For decades we’ve been hearing personal stories and reading statistics about incarceration rates, inequities in sentencing, detailing how African American men are unduly harassed and thrown into the criminal justice system for years.

Reading and hearing made an impression. But now, with cell phones recording and social media spreading, we see it.

We clearly didn’t listen closely enough to the outcry from the African American community who for generations told of police brutality, abuses of authority, unnecessary harassment, profiling…and on and on…but the senseless death of George Floyd and the many, many others who preceded him, at the hands of police are now right there for us to see. How many did we not see over the years? It no doubt runs into the thousands.

These tragedies bring forth strong emotions. But so have past tragedies. The hardest question in front of us is: what’s next? How do we do more than right these wrongs. How do we create systems that prevent future tragedies, develop an environment that removes the very dynamics that allows them to continually occur?”

We must commit to the elimination of systemic racism and work to build an economy, legal and governmental systems, and educational institutions that not only celebrate diversity but are founded on equity and inclusion. We can no longer pretend it will fix itself. It starts with acknowledging the problem, and that we’re enabling its continuance.”- Dan Baldwin

I chafed the first time I heard “white privilege.” I grew up in a town of 4,500 people in the Midwest. I’m a first-generation college goer. Between loans, grants and jobs I self-financed undergraduate and graduate degrees. Like many of us, I feel like I made my way. But I bought my first house at age 28. No questions asked. Sure, I had initiative, but doors opened for me. I didn’t feel I was getting special treatment. I’ve always worked hard. But being white was never a barrier. I didn’t have to prove myself to be twice as good in order to get the same treatment. 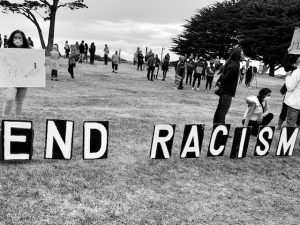 So what to do? If a carpenter is working a piece of wood that isn’t level, she doesn’t expect the lower end to magically rise like bread dough and make the board even. No, she takes out her plane or file and shaves the end with more wood. She changes the structure of the board. We can be that carpenter. But first we need to recognize the degree to which the board isn’t level. And we have to realize that if we’re building a house, all the boards must be level, as does the foundation, the roof line, and that no one is excluded from walking in the front door.

When looked at this way, the statistical inequities of who gets COVID 19, who is empowered to live where they choose, who feels at risk when pulled over by the police, and what doors are opened to whom come right back to Monterey County.

Working for a Just Future

The CFMC, now in its 75th year, is a couple of weeks away from approving a new strategic plan. It’s an update from our 2015 plan that included a new section on community leadership. As we discussed revisions, we realized there were no overt statements about equity, inclusion and social justice. The sentiment was there, but the commitment was not. Maybe a virtue of turning 75 is a willingness to adapt, and the courage to go places we once thought risky.

The CFMC does not have the capacity to be the general contractor that will build this new house. But we’ll labor with others, take whatever role is appropriate, to make it level, accessible, and equitable.

Dan Baldwin is President/CEO of the Community Foundation of Monterey County. Its mission is to inspire philanthropy and be a catalyst for strengthening communities throughout Monterey County.

The Center for Nonprofit Excellence of the CFMC hosts a Diversity, Equity and Inclusion training program for nonprofits beginning July 22 facilitated by NCBI Monterey County and offers resources for nonprofits and individuals at www.cfmco.org/DEI.