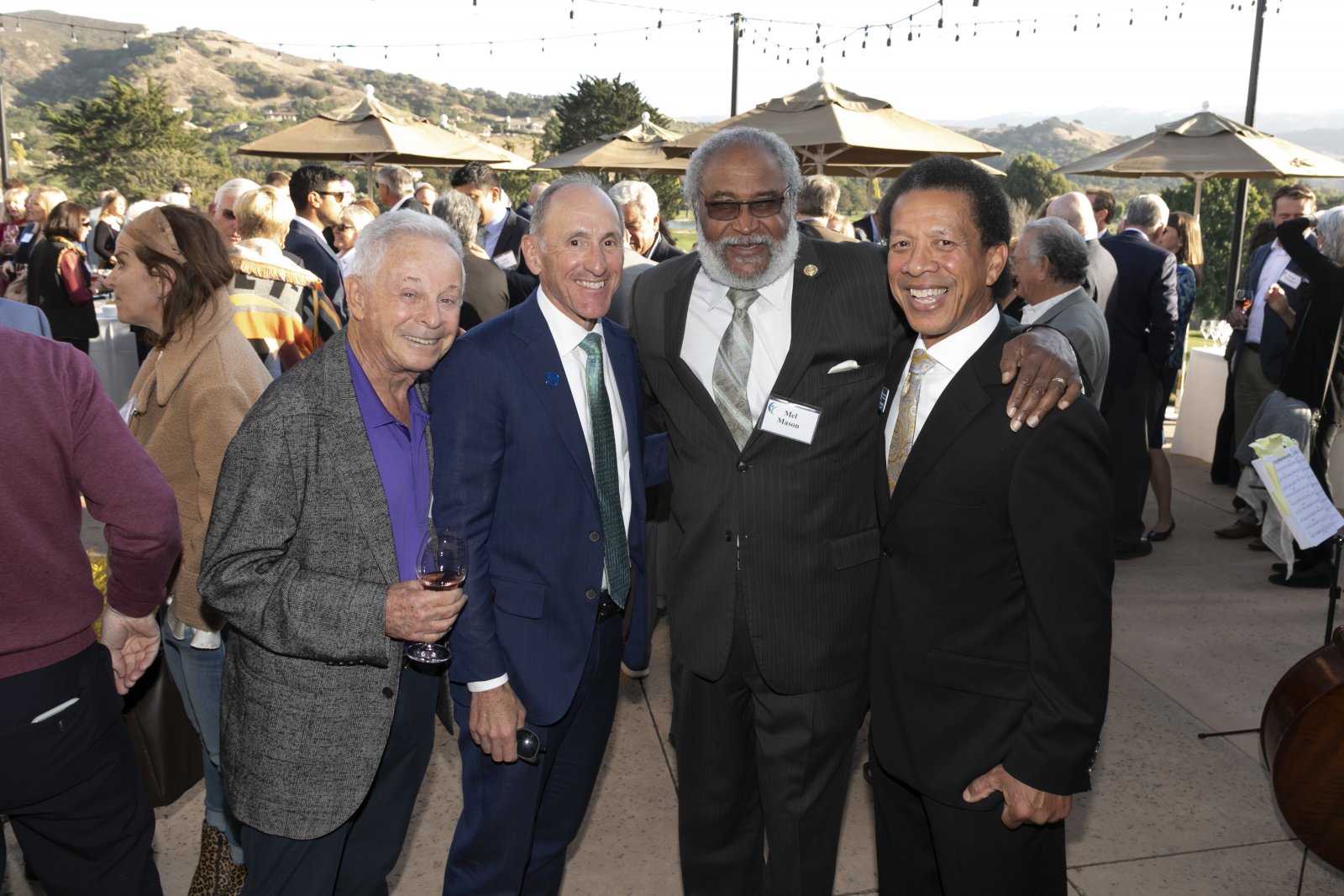 The annual Celebration of Philanthropy of the Community Foundation for Monterey County (CFMC) thanks those who support and partner with the CFMC to invest in healthy, safe, vibrant communities. The 2019 reception took place at Corral de Tierra Country Club in Salinas and was attended by more than 250 friends and supporters. 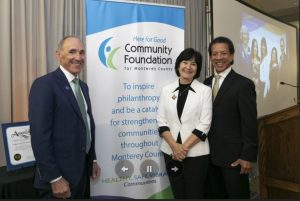 Grantmaking as Catalyst for Growth

Dan Baldwin, CFMC President/CEO provided an overview of the CFMC’s accomplishments and grantmaking, sharing that $18 million was granted in 2018 and 2019 grants were expected to surpass that. The foundation has granted $200 million since 1981, reaching its second $100 million in just seven years since 2012. Total assets have reached $270 million.

“We know that we grow from grantmaking, the more money we have to give away, the more it attracts people to give. It’s only possible because of partners like you,” he told supporters. 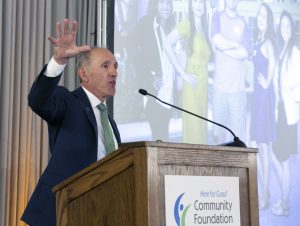 Dan Baldwin spoke about the enormous growth of scholarships, which have grown four-fold since 2015, topping $1.4 million in 2019.

Jesus Floriano-Ramirez, a graduate of Soledad High school received two CFMC scholarships and attends CSU Monterey Bay. He thanked supporters for their investment in him and many other like him, motivated yet struggling to pay for education. “I would consider receiving these scholarships a milestone, because to me as a freshman in high school, attending a four-year institution did not seem like an option to me because of the high costs, he said.”

Not only did the scholarships help me financially, but they helped me feel relevant and important.” – Jesus Floriano-Ramirez, CFMC College Futures and Raymond H. Costa Family Scholarship recipient. 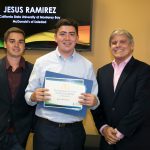 “To all of the donors sitting here, I want to assure you that investing your money in motivated students like myself, is definitely worth it. You are changing the lives of many people by donating to the foundation. It is only through your generosity that I am able to stand here and share my story with you this evening,” he added. 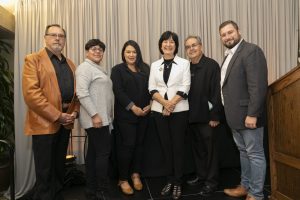 Each year the CFMC presents the Distinguished Trustee Award to an individual or couple who has demonstrated philanthropic leadership in our region. The award, now in its 30th year, was presented to Judge Villarreal. Judge Villarreal has been a champion for farmworkers’ rights and an outstanding supporter of nonprofits advancing literacy, healthcare, public education and youth development.

The Community Foundation for Monterey County is proud to honor Judge Villarreal. She exemplifies community leadership and giving saying, ‘It’s important that we wake up and do the right thing. Treat people with respect and do your best for everybody every day,’” – Birt Johnson, Jr.,  CFMC Board Chair.

As award recipient, Villarreal designated a $10,000 grant from the CFMC to three nonprofit organizations. She chose The Center for Community Advocacy,  K.I.N.D, Kids in Need of Defense, which helps unaccompanied minors with their requests for asylum and the Pacific Grove Museum of Natural History.

Philanthropy is an expression of our hearts, our compassion, the best part of ourselves.” – Lydia Villarreal

About the Community Foundation for Monterey County

The mission of the Community Foundation for Monterey County is to inspire philanthropy and be a catalyst for strengthening communities throughout Monterey County. Thanks to generous individuals and families who have created charitable funds in their lifetimes or through their estates, the CFMC granted $18.7 million in 2018 to more than 400 nonprofits in Monterey County and beyond. The CFMC has granted more than $200 million since 1981. For more information, please call (831) 375-9712, visit www.cfmco.org, or stay connected at www.facebook.com/cfmco.