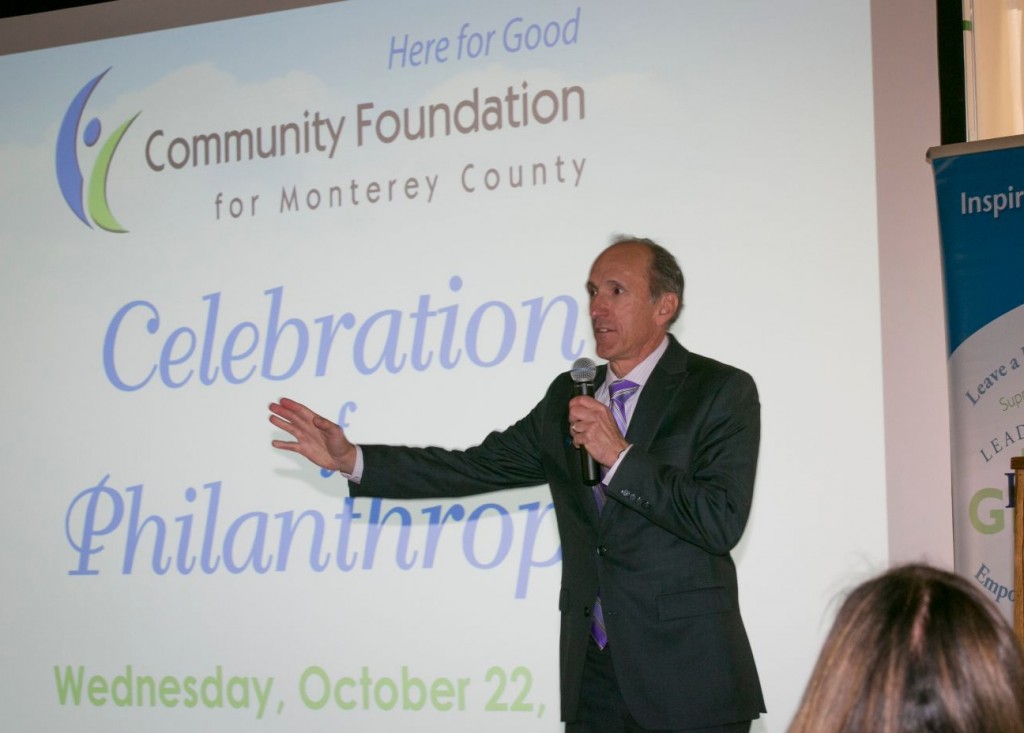 President/CEO Dan Baldwin at the 2014 Celebration of Philanthropy

But, sometimes, if you look inside the numbers a more compelling story emerges. I recently re-read our strategic plan, passed in December 2010. Many of the goals we set for ourselves are in full operation. One, in particular, stuck out: The Foundation also seeks more proactive engagement with its fund holders, to support their philanthropic goals, and to involve them more fully in the Foundation’s work. We’ve worked on this in many ways: electronic access to fund statements and grant making through DonorCentral; one-on-one visits; and, opportunities for “co-investment” in our Community Impact grant programs. All of these have strengthened our relationships with donor advisors, and increased their giving and grantmaking.

In 2014 we more-or-less stumbled on an epiphany (I guess that’s akin to tripping on a lightning bolt…): what if endowed donor advised funds were converted to non-endowed? What if the entire fund would be available for grantmaking? This idea was broached by a few of our fund holders so we began to share it more broadly. (Note: this conversion is only possible if requested by the donor, and it requires board approval.) This year alone, nine donor advised funds were converted from endowed to non-endowed. Over $1.6 million was added to those funds, and $697,000 granted.

There is always a story that drives those numbers. – Dan Baldwin, President/CEO

Also inside our year-end numbers has been a whopping $1.33 million generated by Monterey County Gives!, the year-end initiative in which donors can support up to 100 nonprofit organizations. Gives! is a partnership between the Monterey County Weekly and the CFMC, utilizing the Weekly’s corporate donor advised fund. By making yearly improvements, Gives! has almost tripled since 2010. Much credit goes to Monterey County Weekly CEO Bradley Zeve and his staff, and much credit also goes to the hard-working philanthropic services department of the CFMC. The benefit Gives! creates for our nonprofits and our county is reaching new heights.