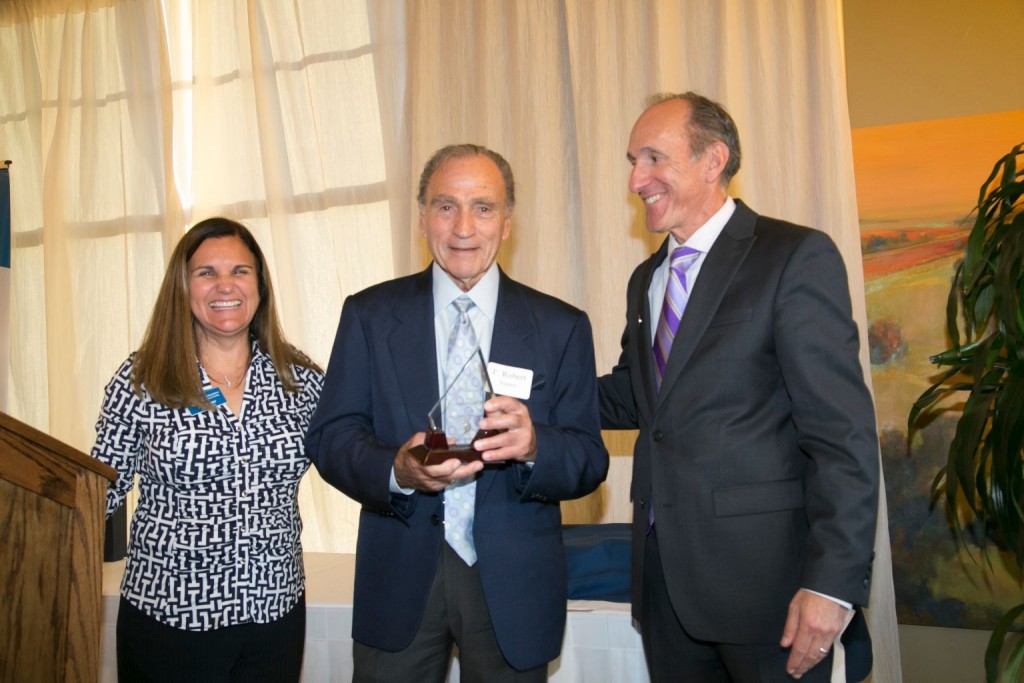 More than 250 supporters came together at the Community Foundation for Monterey County (CFMC) Celebration of Philanthropy October 22 at Corral de Tierra Country Club. CFMC board chair presented F. Robert (Bob) Nunes with the 2014 Distinguished Trustee Award for his support of nonprofit organizations in our region. The CFMC established the award in 1989 to honor those who have demonstrated philanthropic leadership in supporting nonprofits in Monterey County.

Bob is a fitting recipient of the CFMC Trustee Award. He gives from the heart to help those most in need in our communities

Nunes, a native of the Salinas Valley, is an icon of Salinas Valley agriculture. He and his brother, Tom, have been farming for 60 years and developed two namesake companies of international renown. The Nunes Company, started with his brother in 1976, has grown to nearly 20,000 acres of fresh vegetable production annually. Bob has served on many agricultural industry boards including the Grower-Shipper Association, Western Growers Association, the Produce Marketing Association and as President of the Central California Lettuce Co-op, as well as a board member of the Salinas Valley Memorial Hospital Foundation and a longtime supporter of local nonprofit organizations.

Bob’s achievements in agriculture have been characterized by innovation. However his giving philosophy is simple. “It just seems like the right thing to do.” Bob has been a fund holder at the CFMC since 1986, making multiple gifts to agencies including the SPCA, United Way Monterey County and Meals on Wheels. Though donor advisors at the CFMC can grant to any nonprofit organization worldwide, Bob prefers to keep his giving local. In his own words, he wants to help “the vulnerable, the very old, the very young, the very poor, very sick and animals.”

As the 2014 recipient of the award, Nunes was able to designate two $5,000 grants from the CFMC to the nonprofit organizations of his choice. He presented grant checks to Meals on Wheels of the Monterey Peninsula and SPCA of Monterey County.