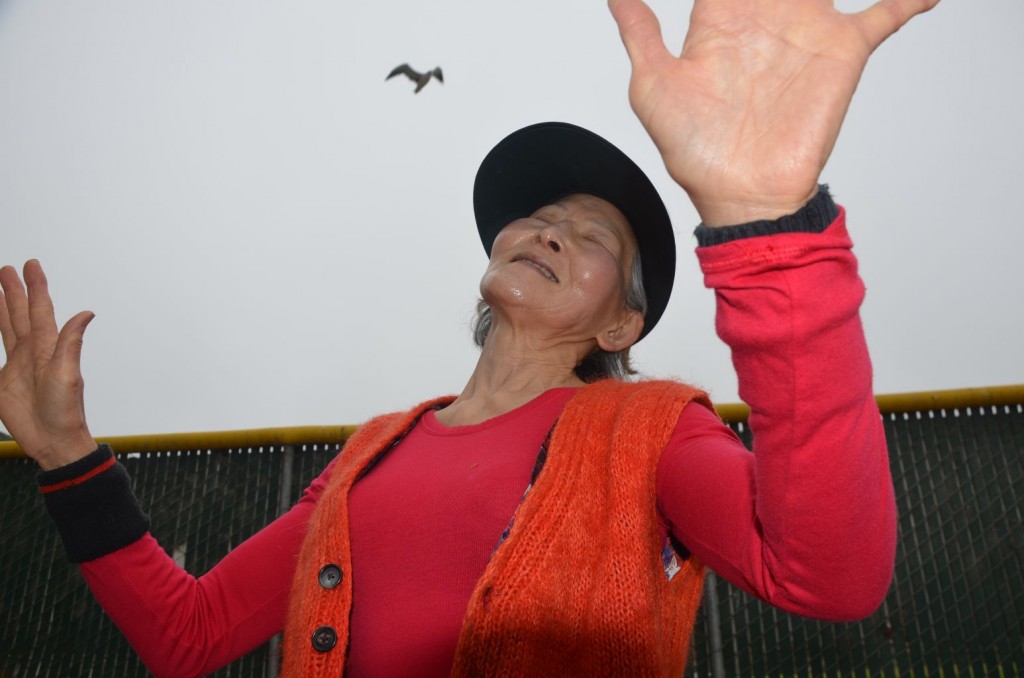 Michael Reid, associate rector at St. Mary’s by-the-Sea Episcopal Church was moved to action by a letter from a formerly homeless woman named Joyce. She described her life as a homeless person, spending the night outside in the elements without a sleeping bag or tent, being vulnerable and living in fear. “She wanted to do whatever she could to make sure women had a bed at night and that they didn’t have to worry about what might happen to them while they slept.” He says. “Joyce’s story broke my heart. And although I didn’t know how I could help, I knew that I had to try.”

He found out that there were indeed gaps in the care of homeless women, particularly for women who were single, older and simply poor. He discussed it with his friend Kathy Whilden, a 30-year local social worker veteran and Buddhist priest, and Carl Cherry Center executive director Robert Reese who suggested they do an exhibit to raise awareness. The result was a striking multi-media art exhibit including photography, audio, video and stories exploring the lives of homeless women in Monterey County. “Becoming Visible: The Face of Homeless Women in Monterey County” ran November 9 through December 14, 2013.

At the same time, Reverend Reid wanted to create resources to help agencies support homeless women and he approached the CFMC about creating a field of interest fund. “The Fund for Homeless Women” was born. An anonymous CFMC fund holder, moved by this reality faced by these invisible women, donated $50,000, creating a permanent endowment for the new fund.