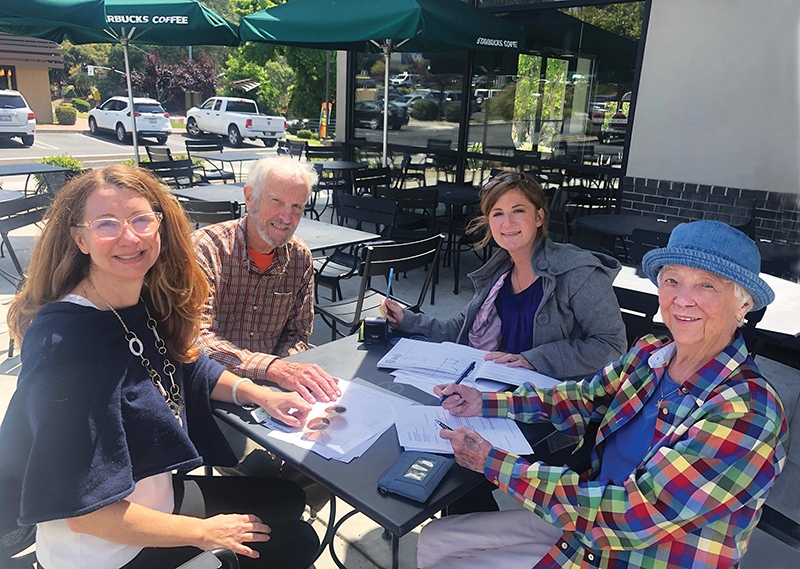 Did you know that you can donate real estate or complex assets to the Community Foundation for Monterey County (CFMC) to benefit your favorite causes? The CFMC has handled real estate gifts from Orange County to Oregon. The story below illustrates how Steve and Barbara Brooks partnered with the CFMC and donated their Carmel rental property to create a Charitable Remainder Trust to increase their income during their lifetime and leave a legacy in the future.

The Brooks were delighted to be able to increase their income and use their property for a charitable purpose that was very meaningful to them. – Christine Dawson, CFMC Vice President of Philanthropic Services

By LISA CRAWFORD WATSON
Reprinted with Permission from the Carmel Pine Cone
Updated 11.19.19 by Amanda Holder.

Carmel, CA – Steve Brooks’  family moved here in 1936 when he was 6 years old and took up residence in a cottage on Casanova Street, near La Playa Hotel. He grew up around music and really took to singing. As a college student at Berkeley, he joined the chorus and, while on a concert tour of Europe from UC Berkeley, he met a soprano named Barbara, whom he wed in 1960.

Meanwhile, for Felix and Eva Somers, life here was a dream come true. The couple, in their youth, had escaped the horrors of Nazi Germany and been granted asylum in Australia, where they met and married before emigrating to the United States and moving to California.

A House, A Friendship 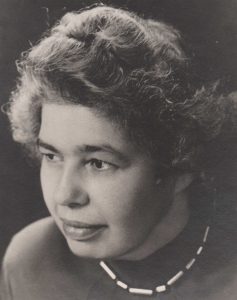 Felix died first, in 1980, and Eva followed, eight years later. During visits to his parents in the 1970s, and later, when he inherited the house from his mother and they retired to the Casanova cottage, Steve and Barbara Brooks became close friends with the Somers family.

“Over the years, we helped them with end-of-life care for Felix, and senior needs for Eva,” said Barbara Brooks. “Near the end of her life, Eva said, ‘I want you to have our house.’ We couldn’t accept such a gift. It’s not right to take a house from an elderly lady. Instead, we were offered first right of refusal to buy it when the time came.”

Shortly after Eva Somers’ memorial service, they bought her house for $150,000, which was half the market value. In the ensuing years, Steve Brooks and his wife upgraded the property with various additions and improvements, but they never lived in it. Instead, they rented the house to a prominent local artist, among others, while overseeing its well-being from next door. 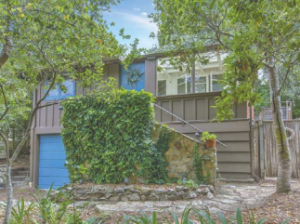 The classic cottage is 1,100 square feet with three bedrooms and two bathrooms. It has a cozy kitchen that looks out on a sweet little backyard. The living room features vaulted ceilings and there’s wood paneling throughout. There’s a sunroom and space for a guest room or cheerful home office, as well.

In 2015, Steve and Barbara Brooks, now octogenarians, rented out the home in which they lived and moved to Carmel Valley Manor. “We had three houses, including a property on the Russian River, but only two sons, so we decided we should sell one of the homes,” Steve said. “We decided to sell the Somers house.”

Earlier this year, they met with Kevin Mahoney at Integris Wealth Management to figure out the most productive way to sell it. Mahoney recommended they put it into a “charitable remainder annuity trust” which meant the house would be sold and the proceeds put into a trust, producing income for them for the rest of their lives and leaving whatever remains in the trust when they pass to charity.

The Community Foundation for Monterey County was selected as trustee.

“The Brooks-Somers story is great in a lot of respects,” said foundation President/CEO Dan Baldwin, “including how this benefit for the Brookses was created and how the community benefit will be created.”

The CRT is going to pay them more income than they were getting from the property as a rental. And, while we want the them to continue living long and healthy lives, upon their passing, an endowed fund will be created from the remainder value of the trust that will support whatever favorite charities they have outlined.”

“I first thought the Community Foundation for Monterey County only worked with the very wealthy, Barbara said.

We are both retired teachers with a modest estate, yet we can take part in doing good things in this world.” – Barbara Brooks

Baldwin called upon realtor Gin Weathers of Compass realty to sell the property. Within four days of its listing, she received eight offers. The property sold for $1,265,000, which was $65,000 more than its asking price.

“When I was asked to represent this property, I was delighted to learn it was the Brooks’ house,” Weathers said. “I’ve known and admired Steve and Barbara for years. This is a great example of a real estate transaction where everybody is well served.” 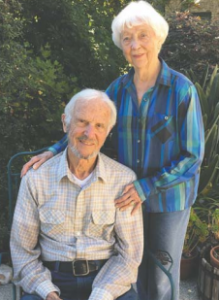 In recognition of what Felix and Eva Somers endured during the Holocaust, and in honor of the life and friendships they created in Carmel, the Brooks family intends to designate a significant portion of their grants from the Charitable Remainder Trust of the CFMC to Congregation Beth Israel in Carmel Valley.

“We’re so grateful to Eva for teaching us things we needed to know,” said Barbara, who was deeply impacted by reading Diary of Anne Frank as a young girl. “This opportunity to give back in their honor has been healing,” she shared.

“My mother had a long and special relationship with the Somerses, and we deeply appreciated our friendship with them, as well,” said Steve Brooks.

We are thrilled to be able to honor them with a living tribute to this young couple who, against all odds, survived to live out their later years in this little cottage.” – Steve Brooks

Grants will be directed to an endowment fund, said Rabbi Bruce Greenbaum, which will help secure the future of Congregation Beth Israel for generations to come.

“That this gift comes in memory of those who survived or were impacted by the Holocaust, is so significant and meaningful to the local synagogues that continue to thrive as a foundation for Judaism,” Greenbaum said.